After raising a family and cooking nearly every meal for many many years, the adjustment to cooking for two wasn't that easy.  Back in the day, we rarely went out for dinner.  It just wasn't done.  I am old and as hard as it is to believe, there weren't that many fast food or specialty restaurants.  Going out was a special treat.  Not anymore, most people eat out often, although the Covid 19 quarantine and mandates for masks have changed that somewhat.   Rather than cook at home, many people still order food to go or buy pre-made meals.

Now since my life has changed,  it's even harder to cook for one.  This is true on many levels.  First it isn't fun to eat alone so I lack motivation.   Next, why make a mess when the only reason to cook is to not starve to death.  Eating has become more of a survival exercise than anything else. And third, if I do cook something, the quantity is so large I have to eat it for days or freeze it.  At first I grabbed whatever I could get together but soon realized my diet wasn't very balanced.  I then bought prepared meals that could be heated up.  They were good, but even these were more food than I wanted so I would eat it for three days.  They were acceptable but a bit high in sodium and calories plus not that cheap for the quality of food. How many ways can you eat a chicken breast which is the most common pre-cooked meal?  If I want chicken, I can buy an entire pack of chicken breasts for the cost of one pre-made meal.

They got me through the past several weeks but now it's time to rethink this food situation.  I am not there yet, but I do have a couple handy gadgets that I like and use often.  One is the egg sandwich maker which I blogged about years ago.  http://www.thecabincountess.com/2018/02/breakfast-sandwiches-made-easy.html Another is my instant pot which I also have written about many times and love.  I can make soup in a larger quantity and it freezes well.  The third small appliance I really love is a rice cooker.  The one I have cooks rice perfectly.  Many people dislike rice, but I really like it. 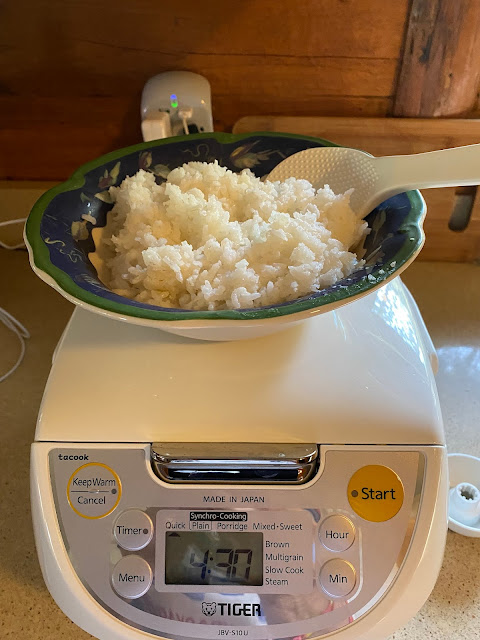 In addition it has a porridge setting which makes great steel cut oats with dried fruit and nuts. 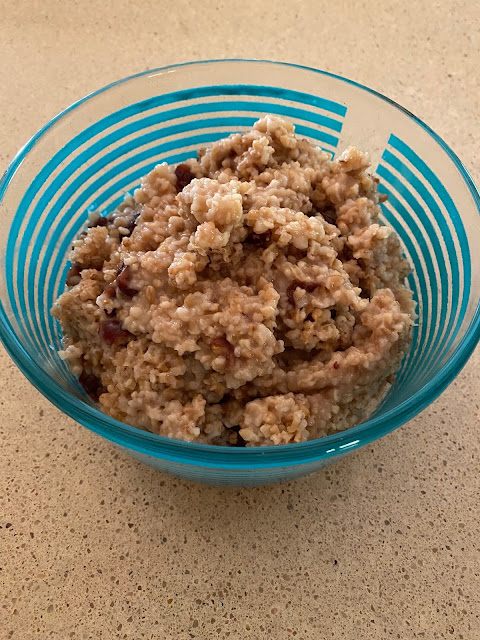 It has a tray to cook meat and veggies at the same time as the rice or a steam setting for all types of food.  Last night I put frozen shrimp and leftover rice in the tray and water in the bottom pan.  It steamed the shrimp perfectly.  I have also steamed frozen meatballs and spaghetti sauce.  I used frozen peas with cubed chicken once,  but it over cooked the peas to resemble canned peas so I have to make those veggies on the side.  It doesn't look appetizing, but it didn't taste bad or maybe I have lost all sense for food quality. 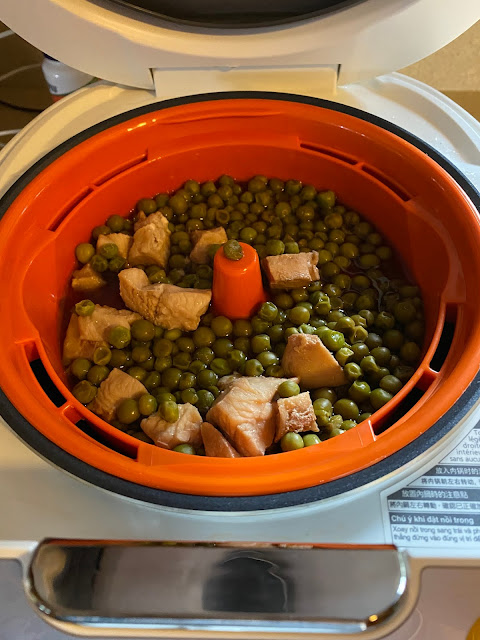 The last thing I can't live without is my Ninja Foodi XL Pro oven.  It replaces my big oven almost entirely.  My Ninja has so many awesome features.  It has an air fry rack, it dehydrates, makes toast and bagels, roasts vegetables but best of all it bakes perfectly.  It preheats very quickly (a minute or two) and doesn't start the timer until it's ready. It shuts off at the set time so if you get distracted, nothing burns.  It bakes a little more quickly so at first I had to watch carefully but I have learned.  If something needs a little more time, then just set it.  It's big enough for a 9 x 13 cake pan or a regular sized pizza.  I just love how it bakes salmon or cod.  It doesn't dry it out whatsoever. 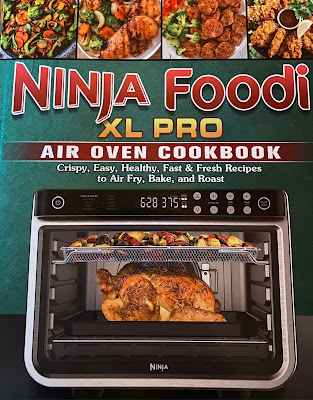 There is really no excuse for me struggling to make meals.  I have all the advantages, but not always the motivation or groceries.  I doubt if this pandemic will ever be completely over so running to the store for every little thing will probably never happen again.  Don't worry, I have not withered away to nothing and always have a stash of Blue Bunny Homemade Vanilla ice cream or Hershey nuggets just in case.