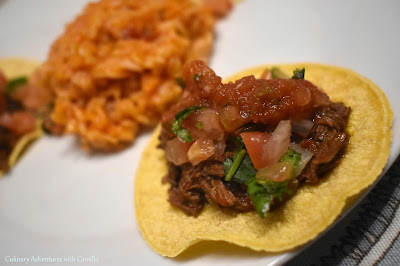 This month Jane from Always Ravenous hosted the Wine Pairing Weekend bloggers for a fun look at California food and wine pairings. She's called the theme: Tasting California: Cookbook Tour paired with California Wines. Initially she wanted us to work with What’s Gaby Cooking: Eat What You Want: 125 Recipes for Real Life by Gaby Dalkin, but the book isn't released until next month; in any case, you can read Jane's invitation post to the #WinePW bloggers: here.
My official #WinePW event post went live late last week - Savory Dutch Baby, Schramsberg Mirabelle Brut Rosé, and a Few Other California Favorites - but I decided to do some bonus California pours throughout the rest of the month. And I had a 2016 Robert Hall Syrah on the rack. So, last weekend, I decided to make some oven-braised beef barbacoa. I'll get to that in a bit. 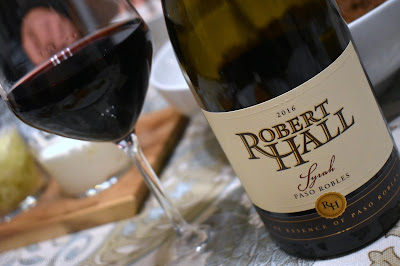 The 2016 Robert Hall Syrah is from the Paso Robles appellation. Given its proximity to me, I am a little embarrassed that I haven't visited Paso more often. It's about a two hour drive and it's imminently more accessible than, say, Napa Valley with all of that Bay Area traffic. So, needless to say: I have not visited the Robert Hall Winery, but it's now on my list for my next jaunt down that way.
The 2016 Syrah is a beautifully nuanced wine with a balance of black fruit with more savory tones of cocoa and smoke. In the glass it has a garnet hue with a purple rim. On the nose, I already mentioned the combination of sweet and savory. And, on the palate, there is a distinct blend of smoke and spice with some rich fruit flavors of plum and sweet cherry. 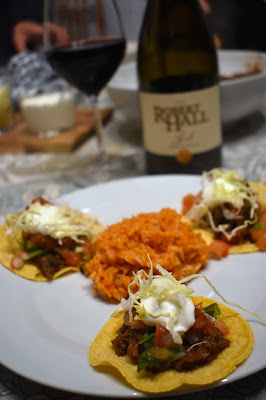 Overall, this balanced wine was a great match for a spice-heavy dish of long-braised meat wrapped in tortillas and served with a tart pico de gallo.
On the Plate 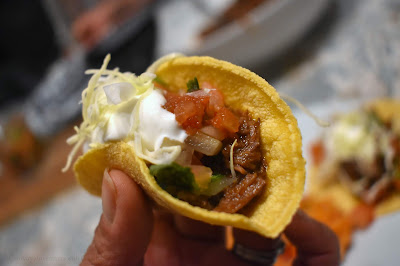 Traditionally, barbacoa is spiced meat dish - often sheep, goat, or beef - that is steam-cooked in an underground oven until it's very tender. I've seen lots of recipes for barbacoa in an Instant Pot which I don't have. So, I set out to learn more about barbacoa and figure out a way to do it in a Dutch oven.

Despite their similarity, 'barbeque' and 'barbacoa' are not cognates. Barbeque usually involves cooking on a grill while barbacoa is a steaming or baking process. I was intrigued by some of the regional differences in Mexican barbacoa. The northern Mexican state of Sonora makes barbacoa with venison while the state of Guerrero uses mostly chicken. And in other parts of the country, they use rabbit, turkey, and even iguana! I used beef. 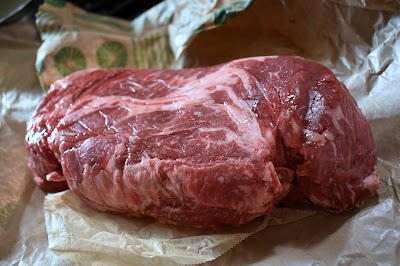 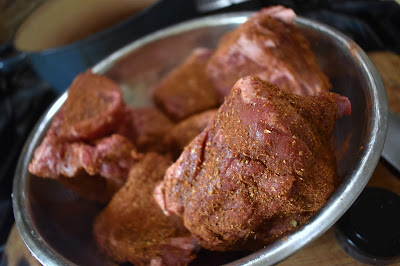 Preheat oven to 325 degrees F.
Mix garlic, chili powder, paprika, oregano, and cumin together in a small mixing bowl. Place meat in a large mixing bowl. Sprinkle the spices over the top and massage them into all surfaces of the meat. 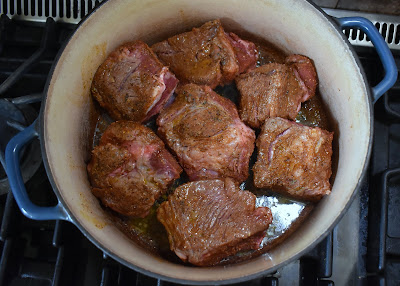 Melt butter in olive oil in a Dutch oven over medium heat until the bottom of the pan is glossy. Place meat into the pan in a single layer and sear on all sides, approximately 1 to 2 minutes per side. So, on the cube, that's 6 sides. Each side should be nicely browned.

Pour in the tomatoes and the red wine. Nestle the bay leaves into the pot. Bring the liquid to a boil, then cover and reduce the heat to a simmer.
Cook for 5 to 6 hours until meat is so tender that it's falling apart. Carefully move the meat to a platter. Remove bay leaves. Raise the heat to a rolling boil until the sauce thickens to your liking. Mine took about 5 minutes. Shred the beef on the platter then fold it back into the sauce to serve.