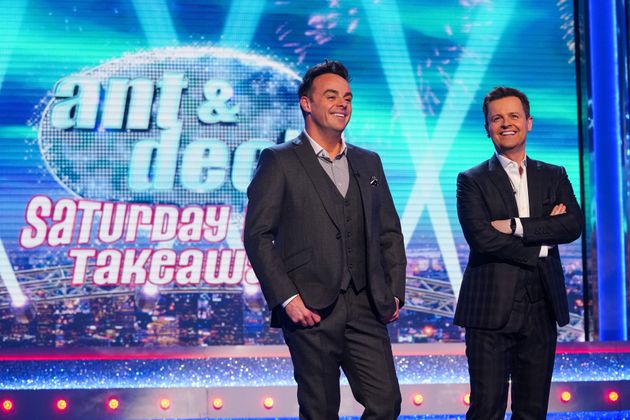 By now, Ant and Dec’s journey to national treasure status is one most of us know pretty well. The pair started their double act while they were both appearing in the teen soap Byker Grove, before SM:tv Live came knocking in the late 90s.

After impressing kids and adults alike with their presenting style, the duo made the move into primetime with Pop Idol, and can now be seen on near-constant rotation on ITV thanks to Britain’s Got Talent, Saturday Night Takeaway, I’m A Celebrity and, more recently, their new game show Limitless Win.

But that’s not actually the full story.

During their more than 30 years in the spotlight, Ant and Dec have also fronted a host of shows that you may well have forgotten all about. Here’s just a selection of them… 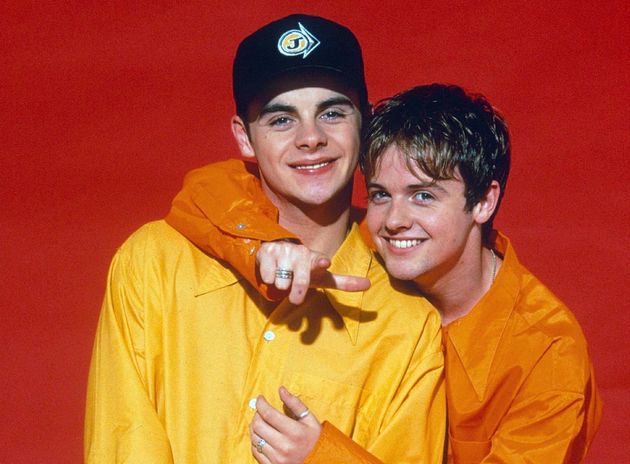 We all know SM:tv was what really pushed Ant and Dec into the spotlight, but this was far from their first foray into kids’ TV presenting. During their PJ & Duncan era (which you also might not realise extended far beyond Let’s Get Ready To Rhumble!), they fronted two seasons of the Saturday morning show Gimme 5 on CITV.

Although the show only lasted two series, they impressed BBC bosses to give them their own show a year later, the Bafta-winning CBBC sketch show The Ant And Dec Show.

From there, they briefly made a move to Channel 4, where they hosted the tea-time show Ant And Dec Unzipped, which despite earning them a third Bafta win, was dropped after one series. Fortunately, a year later, SM:tv came along, where they’d stay for three years. 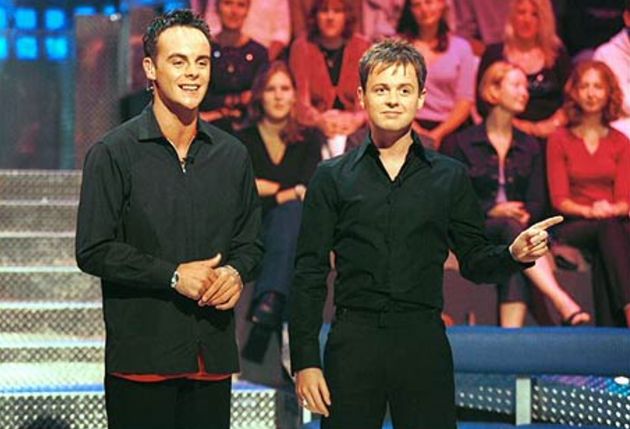 After going down a storm with young viewers, Ant and Dec decided to broaden their horizons in 1999 when they filmed a pilot for the game show Friends Like These.

The BBC show pitted two groups of best friends against one another in a series of challenges, ending in a quiz where each member of the winning team aimed to win a spot on a group holiday. It ran for two seasons with Ant and Dec at the helm, after which Ian Wright took over for an additional four.

It was recently reported that a reboot was in the works, this time fronted by This Morning’s Vernon Kay and Alison Hammond. 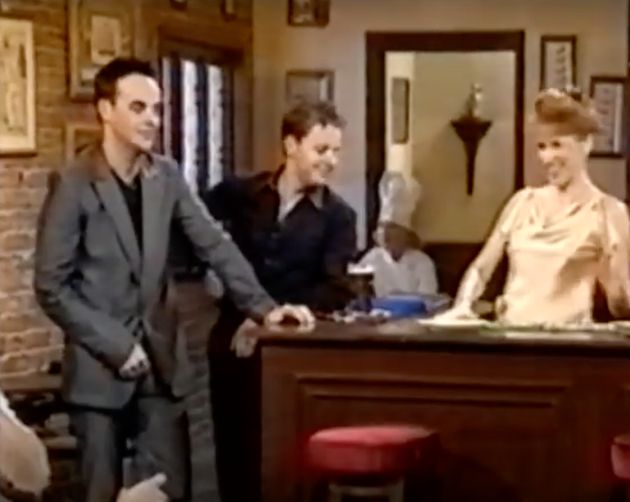 Saturday Night Takeaway has gone on to become one of the most shining jewels in Ant and Dec’s showbiz crown, but its predecessor didn’t quite grab audiences in the same way.

Slap Bang aimed to recreate what had made SM:tv such a hit, but for adult viewers. This included chaotic sketches, a recurring parody of Cheers co-starring Anita Dobson (in place of Saturday mornings’ Chums) and even the successful Challenge Ant segment being brought in with adult contestants.

Over the course of its six episodes, ratings continuously dropped, though when follow-up Saturday Night Takeaway debuted a year later, it proved much more popular. 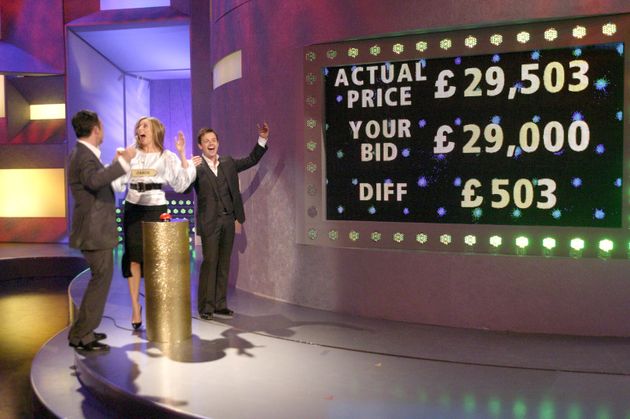 Ant and Dec have hosted plenty of game shows over the years – including even managing to cram seven into the space of one series. In honour of ITV’s 50th anniversary, the duo launched a special show celebrating some of the channel’s most beloved formats from years gone by.

Over the course of the series, a team of celebrities competed in revivals of shows including The Price Is Right, Play Your Cards Right, Bullseye and Family Fortunes, with Eamonn Holmes, Vernon Kay, Coronation Street legend William Roache and eventual winner Carol Vorderman among those taking part.

Two years later, the show was brought back with Vernon Kay at the helm, while Alan Carr later hosted the similarly-formatted Epic Gameshow. 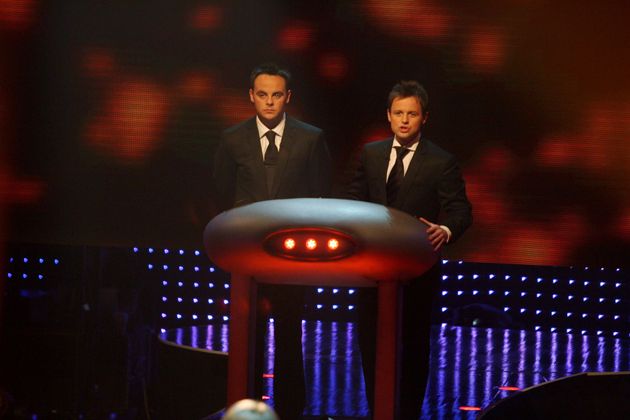 Having clearly been bitten by the game show bug, Ant and Dec created their own a year after Gameshow Marathon.

The premise of the (admittedly, quite complicated) quiz show saw six contestants aiming to correctly answer questions in just three seconds to try and rack up money over a series of rounds.

When each round ended, players were given the option of “folding” and leaving with the money they’d already accrued, meaning those who hadn’t performed as well could try and bluff to psyche out their opponents in the hope they’d voluntarily leave the game. At the end of the series, one winning contestant would then bag themselves a million-pound prize pot in the finale. 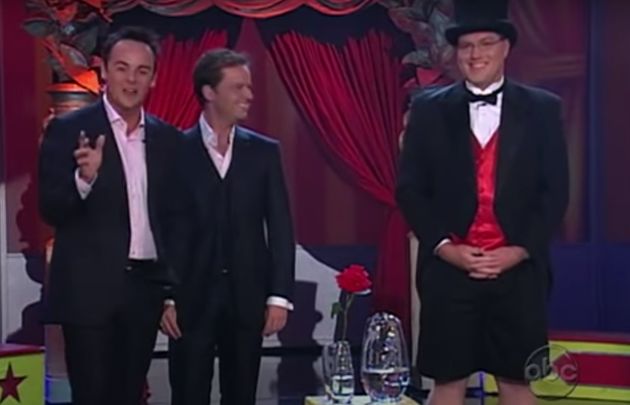 Having already cemented themselves as the biggest presenters in Britain, Ant and Dec headed Stateside in 2008, to host a US version of the popular 90s game show You Bet.

Wanna Bet? saw four celebrities trying to guess whether ordinary members of the public would be able to complete a string of weird and wonderful challenges, and saw the duo working with stars like George Takei, Mo’Nique, Sherri Shepherd and Drew Lachey.

Unfortunately, this was not the beginning of a crossover journey for Ant and Dec, and Wanna Bet? was axed after one season due to low ratings. 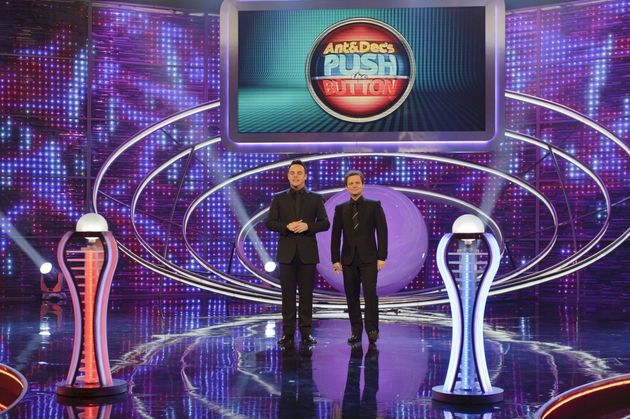 During the period that Saturday Night Takeaway was “rested”, Ant and Dec came up with another primetime format to air at the weekend that was just as madcap, but with more of a game show format.

Push The Button saw two families competing for a cash prize of £100,000. Like The Million Pound Drop, each team started off with a prize fund that they’d have to try and hold onto over the course of several rounds.

These included a range of fun games, mostly involving Ant and Dec, who would intersperse each challenge with a chat revealing interesting (and usually embarrassing) info about the contestants. 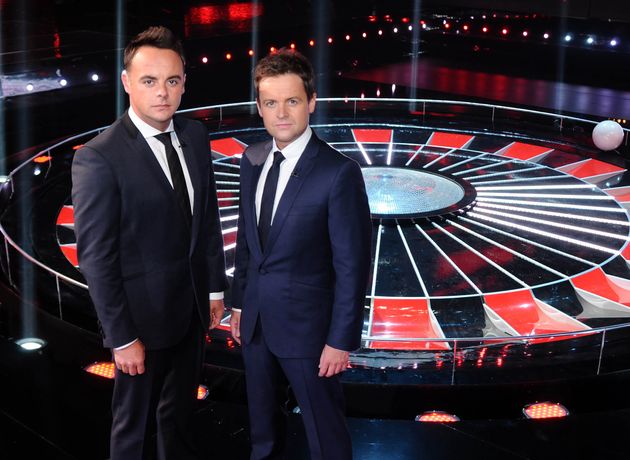 The infamous brainchild of Simon Cowell, Red Or Black? saw its contestants – as the name suggests – betting on either “red” or “black” over the course of a series of rounds, ending in a giant roulette wheel where contestants had the opportunity of winning £1 million in a game of chance.

Unfortunately, the show was blighted by low ratings and a mauling in the press, and despite huge changes being made ahead of its second season, it never made it to a third.

Despite its negative reaction, Red Or Black? did spark some international editions, including China, Italy and Ukraine, where it was hosted by the country’s future president Volodymyr Zelenskyy. 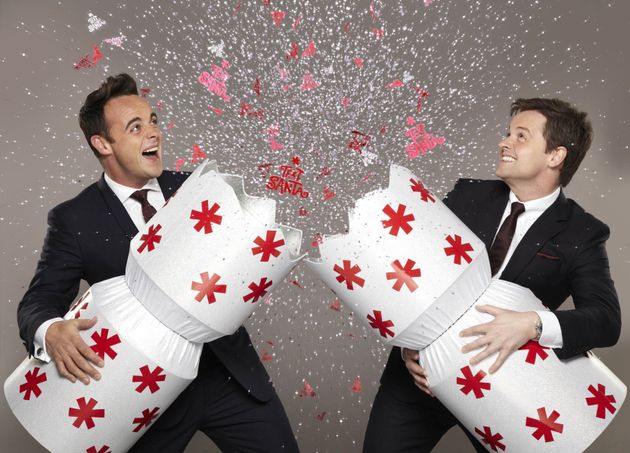 In 2011, ITV launched its own charity telethon to help raise money for organisations over the Christmas period, in a similar vain to the BBC’s Comic Relief and Children In Need broadcasts.

Ant and Dec were among the presenters for the first four years of Text Santa, alongside Phillip Schofield, Holly Willoughby, Paddy McGuinness, Alesha Dixon and Christine Lampard, most famously taking on I’m A Celebrity’s infamous Cyclone challenge for the charity telethon.

ITV eventually made the decision to axe Text Santa in 2015, instead focussing on year-round charity appeals.